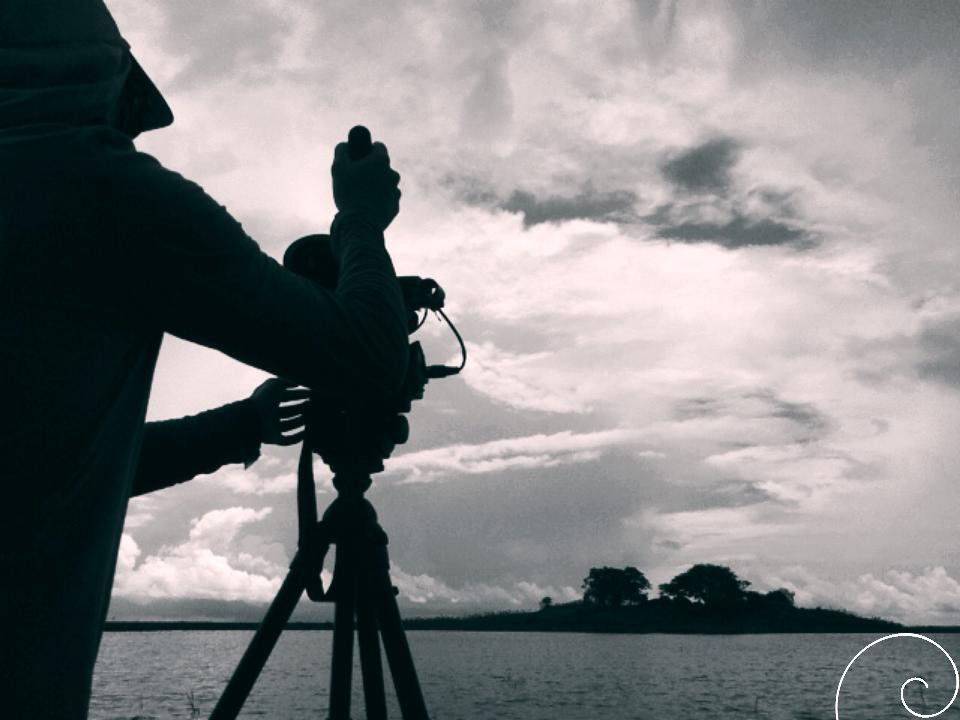 In April, “winter” on Marajó Island, the impending storm announced itself when we were in front of the Teso dos Bichos. I decided to record images of the place from the boat. I quickly set up the tripod in the water and turned on the camera. I only got a few seconds of video footage before the rain poured down on us. Then Wagner recorded the moment with a smartphone. The Teso dos Bichos is an artificial structure built by the ancient culture that left many traces of their presence, such as various ceramic remains, including funeral urns (which are among the most popular archaeological artifacts from the Amazonia). We now see how the dynamics of time and the many human interventions, for example, the first archaeological excavations and livestock, which trample the surface, have eroded this place, once inhabited many centuries ago. In the Marajoara “summer”, the waters recede. But in the “winter”, the Teso dos Bichos is like a small island visible in the vast flooded plains of Marajó.