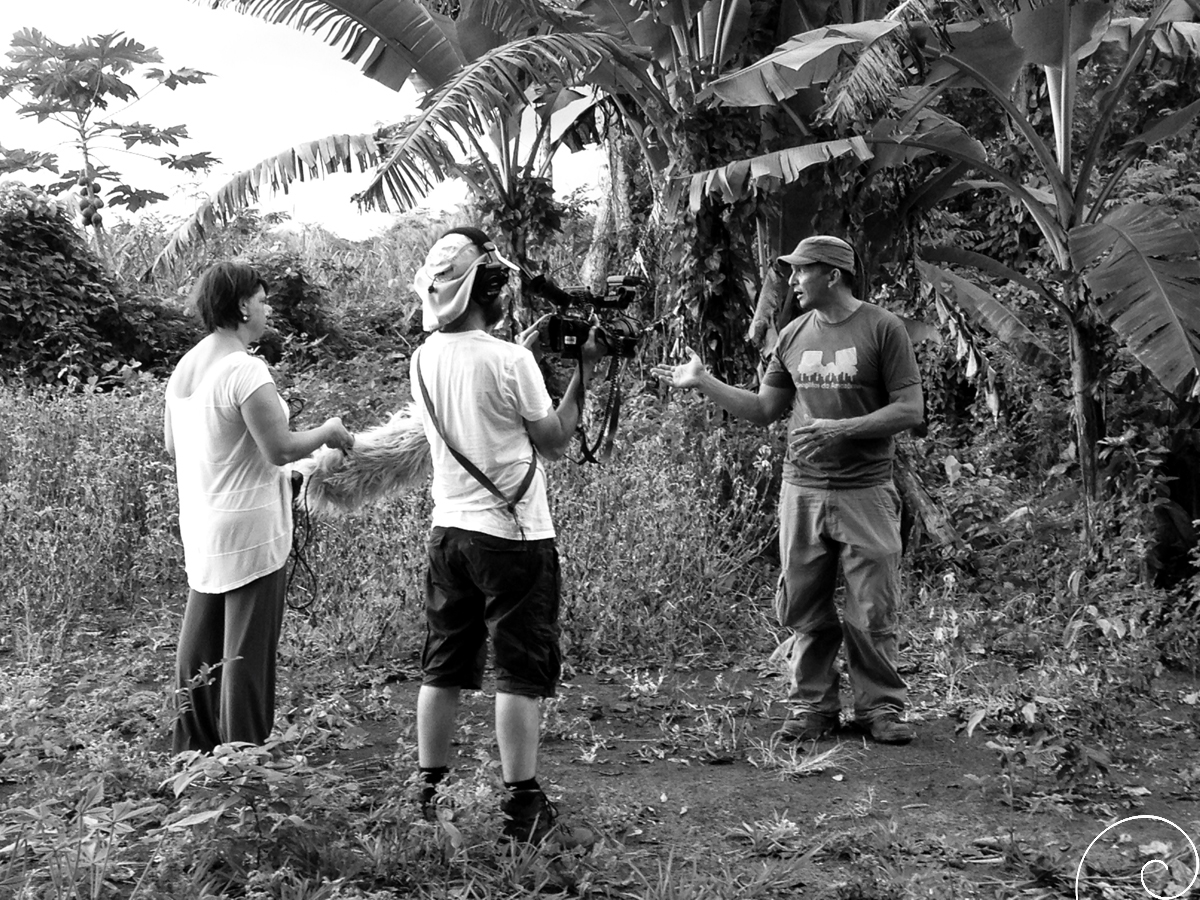 In the morning, we met Márcio Amaral, a resident of Santarém who knows a lot about the archeology of the region, to go to some archaeological sites. We left downtown Santarém, and Márcio began telling and showing us in the lansdscape the forms of settlement of the indigenous peoples of ancient times, the settlement of the floodplain, the plateau, the formation of the dark earth, the construction of a water collecting system, the development of a sophisticated ceramic. I had talked to him for hours the day before when I noticed his fascination and his great knowledge. His interest in archeology came from a very eager curiosity, direct and intense contact with the archaeological remains; this willingness motivated him to seek information built by archeology – by himself he sought knowledge in the literature about the area and worked with different teams of archaeologists that are references for Amazonian archeology, such as Anna Roosevelt, for example. Today he studies archaeology at the Universidade Federal do Oeste do Pará (UFOPA) and will certainly contribute greatly to the archeology of the region, in a passionate and committed way.